"There were me and two employees, we had a Maluch(Fiat 126), wheelbarrow and a shovel. I decided to set up a company that would take on any building project.  Friends and family laughed at me that I was a dreamer.  Highlanders are stubborn and ambitious people, I am a Highlander in flesh and blood and I stick to it. I assumed that in 12 years I would bring the company to such a state, that no project will be impossible for us.

We started with small renovations: pavement construction, facade renovation, renewal of a train station.  At that time, there were no tenders, it was a market for the contractor, not the developer, building materials were bought with extra effort . Because there were no developments and contracts in Podhale, I started looking for a job in Wrocław.  I started with renovation of tenement houses in Wrocław, which required special skills and permits from monument conservators.

The time has come for the first steps abroad.  Construction of the Consulate General of the Republic of Poland in Kaliningrad, commissioned by the Polish government - this was the first major contract.  I read about the announcement of the Ministry of Foreign Economic Cooperation in the press, and I applied for the project. To this day, I remember the folder I added at the time.  I had photos from these small constructions: renovation of the Zakopane railway station and other small jobs, I typed the text and attached photos next to it.  When I later met the department director, she said that the folder still hangs on their wall because it was amazing for them.  I think I got this project because of this folder.

In 1991 I signed the first contract in Germany. At first it was hard, I didn't know anyone, I didn't know the language, but I got the first contract, then the second one and so it began.  Shortly afterwards I permanently employed 90 employees in Hamburg, Bielefeld and Munich.  I created an independent branch of the company in Hamburg registered under German law.  I was a member of the Hamburg Craft Chamber from 1993. When asked about "Wojdyła's people", I always emphasise that the most important is human potential, and that is it!  A company is people, without people there would be no company."
Mr. Stanisław Wojdyła's company was the creator of many spectacular projects (the building of the Consulate General of the Republic of Poland in Kaliningrad, the complex of the College of Commerce and Law in Warsaw, the campus of the 21st College of Management at 36 Kawęczyńska St. in Warsaw, renovation of the Old Town in Wrocław, Wojdyła Business Park, modernisation of government facilities and many other facilities at home and abroad).

Stanisław Wojdyła has been awarded many times, his company hit the top ranks.  The president of Poland awarded him with the Order of Polonia Restituta (Order of the Rebirth of Poland).  Awards were only confirmation of what he did and how he did it.  He always thought he was going in the right direction.  He never gave up, despite the crisis, which also had to be dealt with.
​
In 2009, when he received his 3rd Polish Business Leader Diamond, he did not think that it would be his "Last Diamond"...
Mr. Marek Goliszewski, the President of BCC, in his speech to the Polish Business Leaders (and there were only few at the time) said:
"We are meeting today to introduce those who are overcoming the crisis.  They do not argue, do not cry, do not give up, do not reach out for help from the government, from the state.  They count on their own strength, on themselves. Count Aleksander Fredro spoke of Poles as a Noble nation in which the tradition of brawl displaces the tradition of work, except for these few leaders.  They are people who can correctly assess a difficult situation, set goals to be achieved, choose tools to achieve them and take people with them.  Focus on the future!  They are calm leaders who never give up!"
These words most accurately define the person of Mr. Stanisław Wojdyła, an entrepreneur, manager and economic activist.  He could enjoy and share this joy with everyone, he appreciated every gesture. ... "I got the most beautiful gift and distinction when I came back with prizes from Warsaw.  The entire crew gathered with a huge bouquet of flowers and a huge diploma, on which everyone signed with a dedication: "for the greatest president, boss, director, dad" - and this was the most beautiful award. "
Mr. Stanisław Wojdyła passed away 16 September, 2009.  The construction of the Wojdyła Business Park complex was his "Project of my life", the culmination of his work, hard work."I always tell young people that everything comes from hard work and everyone can achieve what they dream of. You just need to set a goal and stubbornly strive for it.  I also started almost from scratch ..."

In addition to playing tennis, his private passion was football.  From 1992 he was socially Vice President and from 2005 until his death, Club President.  He practised this sport with a group of employees, sharing his passion.  Even a team was established in the company, which won 2nd place in the 2nd National Construction World Cup in 2007.

The history of Wojdyła Business Park

The story begins in 2002, when Mr. Stanisław Wojdyła  broaden the scope of activity of his dynamically operating company.  Wojdyła Budownictwo Sp. z o.o., purchased Przedsiębiorstwo Robót Izolacyjnych with office buildings, land, facilities, as well as  employees at Wrocław at 8 Muchoborska street.  The purpose of the purchase was to build a new business complex  in the very heart of Wroclaw.  He looked boldly into the future;  A visionary with great energy and a passion for life.  He planned everything thoroughly and persuaded his goal.

In order to implement the project, on November 6, 2007 he created a joint stock company under the name WOJDYŁA BUSINESS PARK S.A., together with his daughter Agnieszka Knurowska, who until today with full commitment and responsibility, is currently the President of the Management Board, and thus runs the company entrusted by her father.

From the moment the company was founded, the then President, Mr. Stanisław Wojdyła, devoted himself wholeheartedly to the project.  Every detail, technology, material, etc. were discussed with the designers, everything was thought out before, he set the conditions, performance standards and implemented the ideas from the very beginning.  The decision on the choice of building materials, especially the final finishes, was made by him.  He collected materials, took it home, checked, subjected to various tests, activities, etc.  He knew that this project was to meet his expectations, and above all, it would be timeless, prestigious, modern and prepared for a very demanding customer. 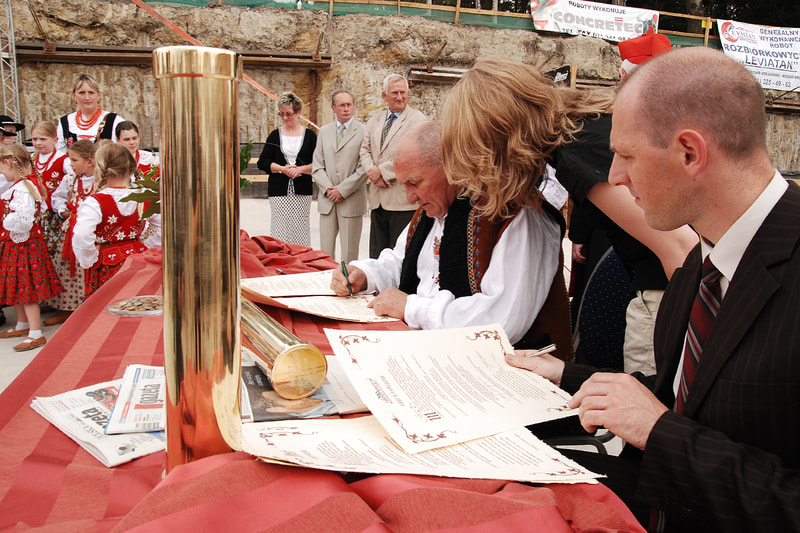 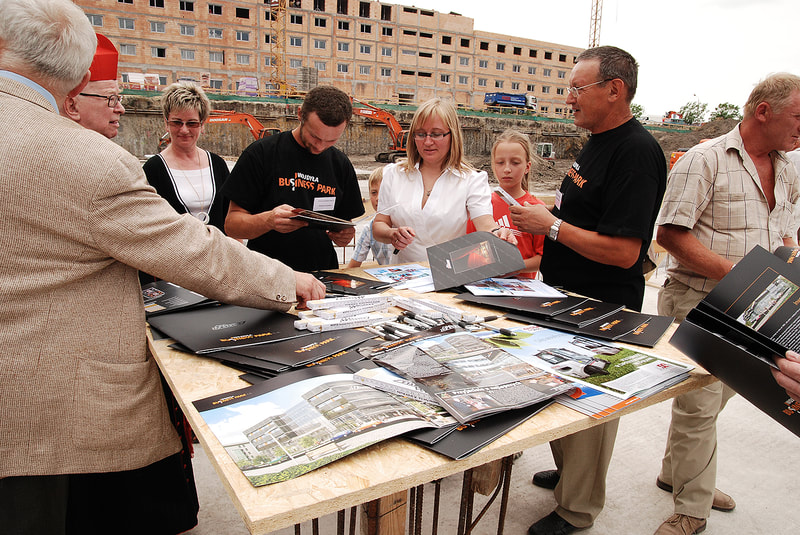 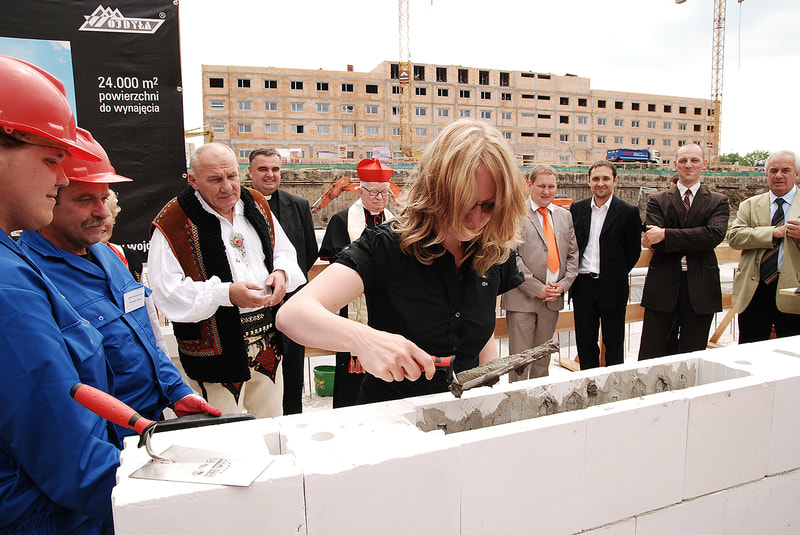 In 2008, the company began the construction of a modern complex of three five-storey A-class buildings with a two-level underground garage under the name WOJDYŁA BUSINESS PARK, with a total of over 24,000 sq meters of modern office space for rent.  The model of operation and the target group of clients for Wojdyła Business Park SA was then defined by the President of the Management Board of the Company (Stanisław Wojdyła), ultimately entrusted the company and tasks to be performed by Mr. Stanisław Wojdyła, to his daughter, then Vice President Agnieszka Knurowska, who became an active participant in the development and construction.  The development, from the moment the process was started, through the implementation of the construction, were thoroughly supervised and coordinated.  It was the time when Mr. Stanisław Wojdyła fell ill and his participation in the construction process was sometimes impossible, but he was and gave himself fully to this project.  In June 2008 the foundation stone was laid and the foundation act was signed with the participation of many distinguished guests from Poland and abroad. In mid-2008, articles appeared in Wrocław newspapers, and Mr. Stanisław Wojdyla's dream started to realise.  He emphasised that this was his "Project of my life" 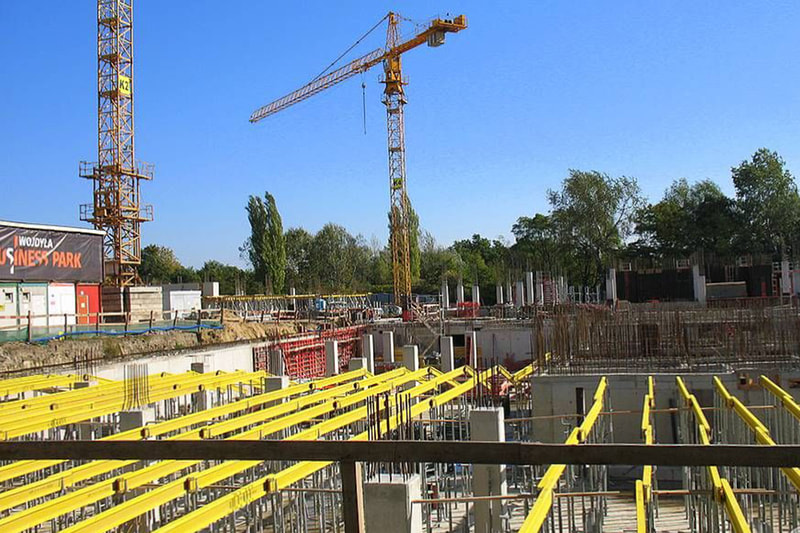 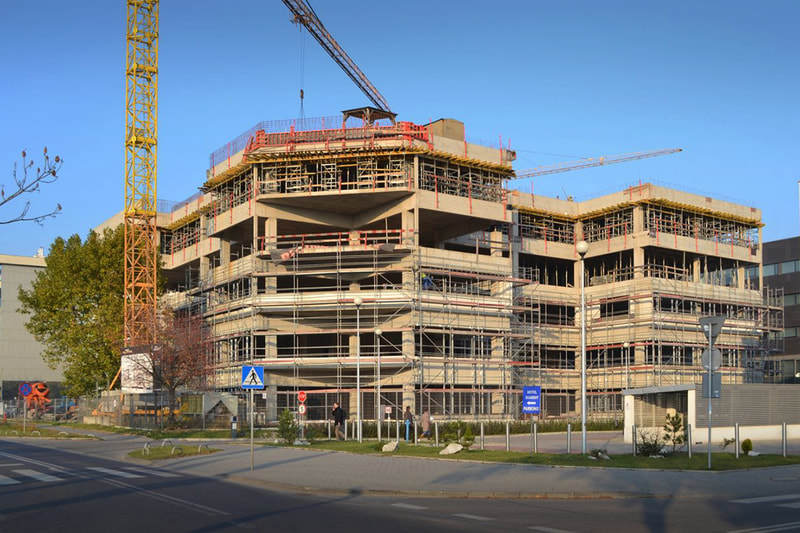 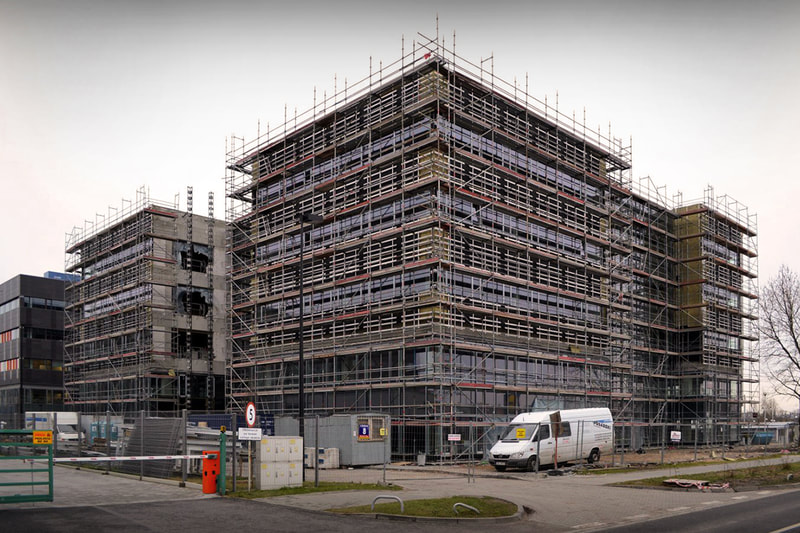 The main goal of the Management Board of Wojdyła Business Park S.A. at that time,  was a total focus on the construction of the facility and renting out the largest possible area before the construction was completed, reaching full utilisation in the first year of finalisation.

A few days after Mr. Stanisław Wojdyla passed away, IBM announced, together with the Government of the Republic of Poland, the signing of a cooperation agreement on the creation of a new IBM Integrated IT Service Center in Wroclaw.  Already in June 2010, IBM moved to the office building at 8 Muchoborska street, and on September 10, 2010 officially announced the start of operations of the IT Service Delivery Center in the "Wojdyła Business Park" building in Wrocław.  One of the most modern office parks in Wrocław, which fully met the requirements set by the tenant - IBM.  All responsibility for renting and adapting the building to the tenant's requirements, already at that time, fell on the daughter of Mr. Stanisław Wojdyła, Vice President of the Management Board - Agnieszka Knurowska, who soon after her father passed away, became the owner and sole shareholder of the company.

Something interesting, just a few people know about...

In each of the three buildings of Wojdyła Business Park,  on the wall in the main lobby,  there is the sign of the Zodiac.
Building no1: Stanisław Wojdyła - Pisces.  Building no2: Stefania(wife) - Aquarius.  Building no3: Agnieszka(daughter) - Scorpio.
On the floor of each main lobby, there is the company logo, which Mr. W. designed himself.  The three triangles represent the peaks of the mountains in the Highlands, ... maybe it also represent the roofs of the three buildings... The logo is recognisable today, and we remember a man with a great heart, who put everyone first and wished the best for his family, employees, friends, and all people.